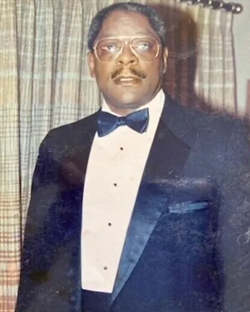 Lt. Col. Ernest E. Reeves, MD (Ret) Lt. Col. Ernest E. Reeves MD (Ret) residing in Palm Desert, CA departed this life on September 9, 2021. The beloved son of Edward and Bernice Reeves, Ernest and his identical twin brother Earle were born in St. Louis, MO January 9, 1946 and went on to graduate from Webster Groves High school in 1964. Upon moving to California Ernest continued his education at the University of California, Irvine School of Medicine, earning his Doctor of Medicine and completed his Specialty Degree in Obstetrics and Gynecology at UCLA. As a medical resident Dr. Reeves joined the USAF until his retirement, after which, he was employed by the California Department of Corrections where he continued practicing medicine until his second retirement in 2012. Lt. Col. Ernest E. Reeves, MD (Ret) will be laid to rest with his twin at Jefferson Barracks National Cemetery in St. Louis, MO.