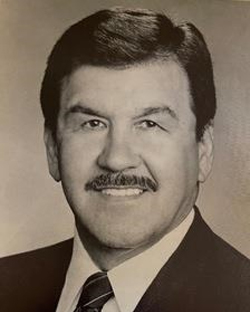 On Monday, September 5, 2022, Ernest Z. Robles, a beloved husband, father and grandfather, passed away. He was ninety-one years old. Born to Rita and Enrique Robles in Pirtleville, AZ, Ernest (Ernie) moved to Riverside, CA as a young boy. An avid reader, Ernest graduated from UCLA with a degree in U.S. history and received a master’s degree in education from the University of Redlands. Ernest had a love of education, and went on to become a teacher, counselor, Principal, Riverside school district administrator and then worked for the U.S. Office of Education delivering Federal court orders throughout the southern states to desegregate their schools. He then moved to San Francisco to work for the U.S. Office of Education. However, the biggest achievement in his career was becoming the founder, with the help of his wife Dora, of the National Hispanic Scholarship Fund, providing scholarships to thousands of students. He was also a highly decorated U.S. Marine, serving in the Korean War. Some of his medals included the Purple Heart, Bronze Star, and Navy Commendation Medal of Valor. After the Korean War, he met his wife, Dora Garcia of Redlands, CA, and they married in 1954 and went on to have 5 children and eventually settle in Novato, CA. Ernest (Ernie) lettered in football while in school and loved watching the 49ers play during the football season. Some of his hobbies included reading, traveling, listening to Big Band music, enjoying Italian food, and of course, pizza and champagne on Friday nights. Ernie was best known for his kindness, generous spirit, humbleness and love of his family. He is survived by his wife of 68 years, Dora G. Robles, and his children, Cindy (Robles) Saucerman, Ernest Robles Jr., Melinda Robles, Thomas (Debbie) Robles and Matthew Robles. He is also survived by eight grandchildren and five great-grandchildren.