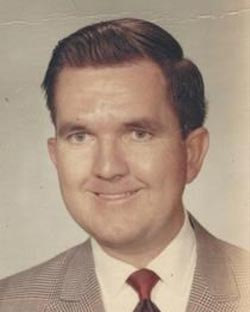 Eugene E. Mitchell (Gene) Age 83, passed away in Riverside, California, on August 6, 2022. He was born in Denver, Colorado to Martin Mitchell and Margaret (Lyons) Mitchell. When Gene was 6, the family moved to Boulder City, Nevada where his father became Personnel Resource Officer for the U.S. Bureau of Reclamation. In 1956, his father was transferred to Salt Lake City, Utah, where Gene finished his senior year at Bountiful High School. In 1957, Gene was appointed to the U.S. Naval Academy. He graduated in 1961 with a Bachelor of Science degree. During his naval service, Gene was deployed 7 times, serving on the USS Marias and the USS Ozbourn. After receiving an honorable discharge in 1965, Gene returned to Utah where he earned a master’s degree in Spanish literature with a minor in Russian from the University of Utah. He met Louise Phillips in 1967 and they married in August of 1968. After their marriage, they moved to Mira Loma, California and Gene began teaching at Mission Middle School. After briefly teaching at Van Buren Elementary, Gene accepted a position as a Program Evaluator for the Jurupa Unified School District. Realizing that the classroom was where he most wanted to be, Gene returned to teaching. While teaching at Rubidoux High School, Gene loved attending football games and dressing up for the prom, and all of the spirit days. He retired from teaching in 2001 after 33 years of service. Gene missed teaching and worked as a substitute teacher for the Riverside Unified School District for another 8 years, retiring, again, in 2009. Gene devoted considerable time to professional organizations. He served as NEA Jurupa president for 8 years. He was a member of Phi Delta Kappa for the duration of his career and held several offices within the organization. After retirement, he was a member of the local chapter of the California Retired Teachers’ Association, also serving as their treasurer. Shortly after moving to Riverside, Gene joined the Lions’ Club in Rubidoux and was a member for 45 years, serving as president, secretary, and treasurer. He found tremendous satisfaction in organizing and moderating the Lions’ Club annual Student Speaker Contest. Gene helped coach little league baseball and soccer when his children were young. In 2010, Gene began serving as a docent at the Riverside Mission Inn. He loved to delve into the history behind the hotel and enjoyed leading guests on tours. Gene never lost his passion for travel and learning languages and visited several countries with his wife, Louise, after his retirement. Gene was preceded in death by his father, mother, and brother Joseph Mitchell. He is survived by his wife, Louise, daughter Karen Richey (Craig) and sons: James Mitchell (Elisa), Sean Mitchell, and Tom Mitchell (Patty), in addition to his grandchildren, Lauren, Dixon, William, Samuel, Edward, and Owen, and step-granddaughter, Bella. Also, his sister Mary Pat Cox, and brother Robert Mitchell, as well as several nieces and nephews.