Written by Night For Vets on September 20, 2018. Posted in Gone But Not Forgotten 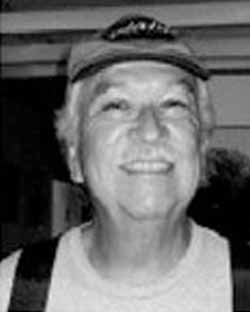 Forest Wright, 74, passed away July 28, 2018 after a bout with pancreatic cancer. He leaves his wife, Edna, two children and their spouses, six grand- children, and two great grandchildren. Forest was born in San Gabriel, CA on February 3, 1944. He liked to joke he was from East Los Angeles. He was enrolled in the Pawnee Nation. His family moved to San Bernardino in 1948 where he attended San Bernardino city schools and graduated from San Bernardino High School in 1961. Before he could drive he became a licensed ham radio operator a membership he maintained throughout his life. Always a language enthusiast, Forest majored in comparative literature at University California Riverside, graduating in 1965. That same year, 1965, he married Edna, the love of his life. They were married 53 years and had two children, Dr. Nancy Wright from New Mexico and Phillip Wright from Beaumont, California.

Forest served in the U.S. Army from 1966 -1970 as a Romanian language linguist. He and Edna were stationed in North Carolina and Turkey. Upon his discharge Forest attended UCLA law school, and began his criminal defense career, working for California Indian Legal Services, Riverside County Public Defenders and Jeglin and Wright LLP in Hemet. He continued to work until he became ill.

Forest always considered public service to be a privilege. He served with several legal aid organizations, including Riverside Legal Aid, Inland Counties Legal Services, and Volunteers with Parolees. He actively supported Wounded Warriors on fishing trips. He donated generously to all service related charities. Forest had many interests. He enjoyed deep sea fishing, drawing, music, reading, and his beloved family.