Written by Night For Vets on March 9, 2021. Posted in Gone But Not Forgotten 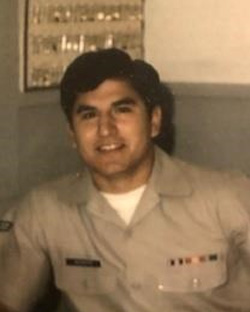 April 5, 1948 – January 6, 2021 Frank (Frankie) Negrete was born and raised in Riverside, CA. He is the son of the late Frank V Negrete and Paula G Negrete. He was a 1966 Norte Vista graduate and served in the USAF for 4 yrs. He was a drywall contractor for 46 yrs. Besides his mom Paula, he is survived by his companion of 41 yrs, Debi Wrisley, 2 sons Eric Diego Negrete and Christian Wrisley, 3 grandsons Caleb, twins Cassius and Cainon Wrisley, 3 sisters Alma L Baker, Linda B and Bonnie C Negrete, 2 brothers Roger R and Henry R Negrete. Frank will be laid to rest at Riverside National Cemetery, Friday, March 5th at 1pm.