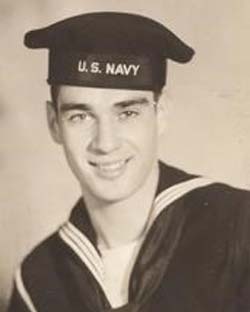 Frank M. Rich, Jr., departed this life on September 2, 2020 in Sumter, SC. He was born on August 18, 1926 in Campbell, OH to the late Frank M. Rich, Sr and Julio Giangiacomo Rich, the oldest of 7 children. Mr. Rich is survived by two sons, Frank M. Rich, III of OH, George J. Rich of CA; three daughters, Patricia Crawshaw (Bruce) of Sumter, Jane M. Rich of CA and Ruth Ann Rosentrater of CA, one brother, Joseph Rich of CA, three sisters, Palma Rich, Phyllis Rich and Rosemary Rich all of CA, four grandchildren, one niece, one nephew and his dear friend, Jean Soto of CA. In addition to his parents, he was preceded in death by his brother, John Rich, his sister, Louise Rich and two grandchildren, Nicole, and Gregory Gahimer. Mr. Rich was a mason tender by trade. He was a fifty-year member of the Laborer’s Union of CA. He proudly served his country during WWII as a Seaman First Class in the United States Navy. His hobbies were fishing, stamp collecting, treasure hunting, bowling, and square dancing. Mr. Rich moved from Ohio to California in 1962 and resided there until he moved to South Carolina in 2016 to live with his daughter Patricia “Patti” and son-in-law, Bruce.