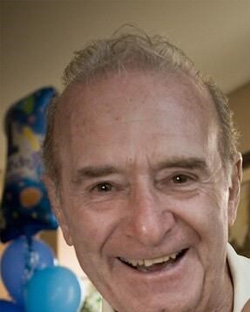 Fred Austin, 86, formerly of Palm Desert and Orange County, died on July 11, 2020 after battling Alzheimer’s for many years. Fred had an incredible sense of humor and zest for life. He was born on Feb. 5, 1934 in Los Angeles, California. He attended George Washington High School in Los Angeles while enjoying football, Yeomen, student body and choir.

Soon after graduation he joined the Air Force. He was stationed in Texas, Mississippi, North Africa, Arizona and Nevada as a ground radar operator crew chief. While in the Air Force, Fred married his high school sweetheart, Patricia Johnston. About two and half years, after their marriage Patty was in an automobile accident and passed away.

On August 22, 1959, he married Fran Irwin in Inglewood, California. They had two children, Fred and Dawn. He owned his own business for many years in Orange County. Fred was always very active with Indian Guides and Indian Princess, was a Little League coach, an active member of the Lions Club of Anaheim Hills, attended all of his children’s sporting activities, loved spending time with his family, going to the river, golfing, reading and traveling.

Fred is survived by his son, Fred L., and his daughter, Dawn; and his three grandchildren, James, Taylor and Austin and his many friends and extended family.

Fred was preceded in death by his wives, Patty and Fran.