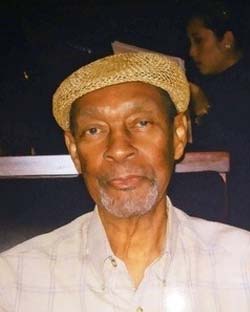 Age 76, previously of Highland, CA, passed on February 26, 2021 in Memphis, TN. MSgt (Ret) Johnson served at Norton AFB from 1972 until he retired from the Air Force in 1984. He remained in the Inland Empire for many years afterwards but eventually returned to his hometown of Memphis. MSgt (Ret) Johnson was a member of American Legion Post 710 in San Bernardino for many years. He is survived by his daughter (Haruko) Renee Johnson and grandson Ethan Johnson, both of Marietta, GA; brothers Sherman and Ronald Johnson; sisters Sheryl Johnson Batten (Michael), Wanda, Anita Johnson Polk and Tracy Johnson, all of Memphis, brother-in-law Edward Thomas of Carson, former spouse Mary Thomas Johnson of Highland, a host of other relatives and friends.