Written by Night For Vets on January 1, 2019. Posted in Gone But Not Forgotten 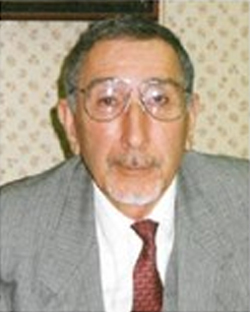 George Gorian, a lifetime resident of San Bernardino, CA, passed away after a short illness on November 12, 2018. A graduate of San Bernardino Valley College and UCLA, George worked as a stockbroker for over 50 years, starting his own firm in 1982. Throughout his life, George was active in community organizations, including the Kiwanis Club of San Bernardino, and served on the boards of the Community Hospital Foundation, The CSUSB Foundation, The U.S. Selective Service Commission, and the San Bernardino Uptown YMCA. George served his country as a naval officer, on active duty from 1952-54 and as a reserve officer until 1964.

An avid skeet shooter, he loved spending Sunday mornings at the range. He read voraciously, and was a self-taught expert in Civil War history. George is survived by his daughter Katie (David) Smith; son Phillip Gorian; grandchildren Alyson and Kyle Smith, and his beloved dog Cali. His wife of 61 years, Walda, preceded him in death in 2016.