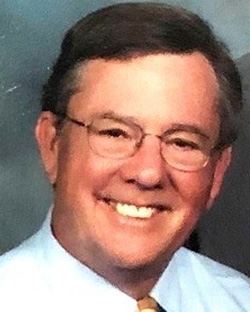 July 21, 1947 – August 13, 2022 George R. Post, age 75, passed away on August 13, 2022. He was born in San Bernardino, CA to Ray and Lula Post. George was raised in Rialto and graduated from Eisenhower High School. He received his B.A. from UCLA and after graduation joined the Peace Corps and was assigned to Lesotho. After his stint in the Peace Corps, George served in the Army and was stationed in Washington D.C. writing for The Pentagram News. Upon leaving the military, George served as an Associate Editor at The Army Times. George eventually returned to California where he began his career with the San Bernardino County Probation Department. This is where George met his future wife, Sandra Macias. They were married in 1980 and were about to celebrate their 42nd anniversary. George began his career with the Probation Dept. as a Group Counselor at Juvenile Hall and retired after 31 years as Deputy Chief Probation Officer. George was preceded in death by his parents and sister, Barbara. He is survived by his wife, Sandra Post and his brother, David Berry. George leaves behind son, Brian and his wife, Shauna; and son, Jeffrey. He also leaves behind his much-loved grandchildren, Sawyer and Quinn. George will be greatly missed by his Macias family as well as numerous nieces and nephews.