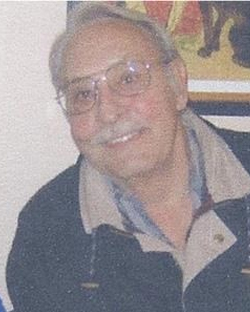 George William Van Meter, born November 30, 1932, passed away Monday, August 17, 2020 due to natural causes at the age of 87. From Rankin, PA, he migrated to California after proudly serving his country in the armed forces during the Korean War. He was preceded in death by his beloved wife of 32 years, Beatrice Van Meter, his parents Lee J. Van Meter and Bertha G. Van Meter, siblings Elbert Lee, Doris May, Robert Frederick, Beryl Jean, and daughter Roberta Rain. He is survived by his identical twin brother, John Raymond Van Meter, three living children, Deborah Henehan, Martin Van Meter, Denise Levinson, nine grandchildren, Adele, Benjamin, Martin Jr., Melissa, Andrew, Robert, Christopher, Justin, Alyssa, seven great-grandchildren, nieces, nephews, friends, and his cat Alvin. A loving husband, father, brother, grandfather, uncle, and friend. He is retired from Garden Grove school district. George loved people, was a great talker, and enjoyed a very active social life. He loved holidays with the family, including games of croquet, whiffle ball, and cards. An avid outdoorsman, he enjoyed a wide range of hobbies, fishing and camping with his wife, bowling, and watching baseball. He enjoyed attending events of any kind and visiting with his grandchildren, nieces/nephews, friends and neighbors. He took great pride, and joy in his role of GGPa. A kind, caring man, he did not shy away from the hard things in life, and was first to step up during difficult times. He generously offered assistance to family and friends who were in need. George and his identical twin John shared an especially close bondjoking, arguing, loving, and laughing with one another at every opportunity. Family and all who met them would laugh at their “twin antics” even into their 80s. He had a special love for his two cats, Buddy and Alvin. His loss leaves an enormous hole, and he will be dearly missed by all.