Written by Night For Vets on August 13, 2018. Posted in Gone But Not Forgotten 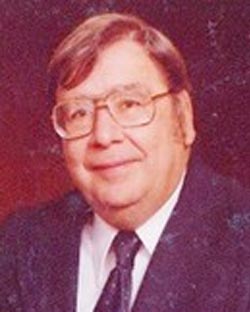 George Raymond Vassily, age 98, passed away on Sunday, July 1, 2018, at his home in Hemet, California. George was born in Guttenberg, N.J. and lived in Hemet for 55 years having previously lived in Riverside, CA. He was the husband of the late Dorothy Vassily. George graduated from Stevens Institute of Technology in Hoboken, N.J. in 1941, with a Master of Engineering degree. He was employed in the Engineering Department of the U.S. Steel Shipbuilding Company and then served in the Navy Aircorps. After being honorably discharged from the Navy, he went on to work in sales with the E. W. Bliss Company of Pittsburgh, PA, for 5 years, then to Blaw Knox Company, also in Pittsburgh, in Steel Mill Equipment for 11 years. Finally, he was employed at Hunter Engineering Company in Riverside, CA as National Sales Manager for 20 years. He retired in 1985.

He enjoyed traveling, lapidary and silver working, having been the president of the Sierra Dawn Gem and Mineral Club for a long time. He was a member of the Crystal Cathedral’s Eagle’s Club, supporting Pastor Schuler’s world-wide message on Christianity. Surviving are daughters, Gail Renz and Caren Newman of Hemet, CA, and two grandsons, David M. Starrett and Karl. G. Renz. He was predeceased by his wife, Dorothy Vassily and youngest grandson, Theodore Earl Renz.