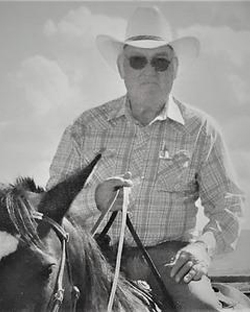 December 18, 1933 – December 10, 2020 George was a loving husband, father, grandfather and great-grandfather. He was 87 years old when he passed in Yakima, Washington. George was born in Guymon, Oklahoma to Alto and Verda Seibert. His family moved to Florence, Colorado in 1935 and to southern Washington in 1944. George grew up on his family’s farm in Grandview, Washington with his three brothers (Jessie, Alto, Jr. and Jay) and sister, Verda (“Joan”). George served in the Navy, as a machinist, and while in the service met and married his first wife, Margaret Bolle, in Long Beach, California. Together they had three children, Mike, George, Jr. (“Bud”) and JoNell. After a decade or so, the marriage ended and George went on to meet and marry Evelyn Wright. George and Evelyn were married and lived in California for over 35 years, until Evelyn passed in 1998. George was in the trucking business for over 50 years, as a diesel mechanic, driver and business owner. During the last two decades of his life, George moved back to Prosser, Washington, where he lived on his farm, just a few miles from where he grew up. George is survived by two children, eight grandchildren and five great-grandchildren. George was loved by his family and friends and will be dearly missed by all of us. See George Walter Seibert Tribute at https://youtu.be/Lx_j4EFVjN4 Memorial service on Friday, August 26, 2022 at 11:00 AM: Riverside National Cemetery 22495 Van Buren Boulevard Riverside, California 92518 Telephone: (951) 653-8417