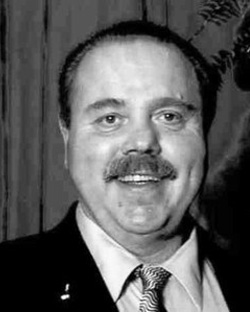 12/15/1947 – 08/31/2022 Age 74, of Loma Linda, CA, went home to be with the Lord Wednesday, August 31st at the VA Hospital in Loma Linda. He was born December 15, 1947, in Duluth, Minnesota to Morris E. and Mary L. (Cucinella) Corbin. The family moved to San Bernardino, California in 1948. Jerry served three years as a Navy electronics technician during the Vietnam War. As a Petty Officer Third Class he received the Navy’s Meritorious Unit Commendation for combat service aboard the destroyer USS Manley. He fought during two missions in Southeast Asia. After discharge he returned to Southern California where he worked as an electrician, servicing large electrical boilers, at Kaiser Steel and then at local hospitals maintaining their large facility equipment. After meeting his soulmate at Arthur Murray Dance Studio in 1995 he and Marilyn Donegan had 27 years of sharing their lives, growing in their faith in God, traveling, and being fanatic Laker fans. He is survived by Marilyn and their good friend, Michael Dudley, both who will miss his company, his smile, and his stories.