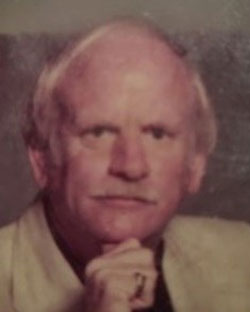 Gerald "Red" Ray Davis, 84, of Redlands, CA passed away on February 22, 2022. Gerald was born on July 5, 1937 to Myrl and Lillian Davis in Independence, Kansas. After he graduated from Independence High School in 1956, Gerald joined the US Army where he had active duty until 1958. He remained in the reserves until discharged in 1962. Upon returning home Gerald met Catherine Graham of Cherryvale, Kansas and they were married on December 7, 1958. In 1959 they moved to California to seek better work possibilities. He began his career in Public Works and City Administration with the City of Covina, California in 1960. While working for Covina he furthered his education earning an AA and AS degree. He then went on to UCLA to earn a Teaching Credential and was a Public Works Instructor at Citrus College in Azusa, California and at LA Trade Tech. To further his career Gerald moved on to work for the City of Clovis then to the County of Ventura. He then received and accepted a position with the City of Redlands, California where he completed his career and retired after 32 years of service in Public Works. After retirement Gerald and Cathy spent time traveling throughout the United States and other countries with friends and family. Gerald is preceded in death by 2 sons, Ricky Dean Davis and Michael Davis along with 2 brothers Floyd Davis Sr. and Victor Davis. Gerald is survived by his wife of 63 years, Catherine Davis, daughter Deborah Moreno, son Jerry Davis, 6 grandchildren, 14 great grandchildren, 1 great-great grandchild, his sister Virginia Sandoval and numerous nieces, nephews and extended family members.