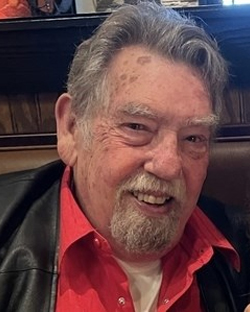 EOW 15:30, August 3rd, 2022 It is with incredible sadness that we announce the unexpected passing of our beloved Dan Emerson, a.k.a. dearest Husband, Pops, Grandpa, GG Pa, Sarge, and dear friend. Dan was born in DeKalb, Texas on April 22,1945 to Dorothy and Bobby Dan Emerson and spent his formative years in both Texas and New Mexico. He proudly served in the U.S. Army from 1963 to 1966 assigned to the 114th Aviation Co. as a helicoptor mechanic, crew chief and gunner on UH-1B helicoptors. He received numerous accommodations and medals for his tour in Vietnam. His entire career was dedicated to public service as a police officer for 33 years. He spent 29 of those years with Upland P.D. from which he retired in 1998. Dan and Yolanda were lucky to find each other and married in 1983. Together they parented Sean and Rob Emerson and Tim Rodriguez. The family grew to include his beloved daughters-in-law Teri, Chiara, Stephanie, and Barbara, along with 8 grandchildren and 5 great-grandchildren, all of whom loved him, and each one was the absolute joy of his life. Dan and Yolanda enjoyed their life together to the fullest especially in retirement. They traveled the country and took each of their grandchildren on memorable road trips during the summers. So many trips far and wide to spend precious time with family and have loads of fun and mischief too! Not to mention, their many jaunts to Vegas which began the traditional annual gathering of their friends and family for Super Bowl and New Year’s Eve. Dan was one of the good guys, a “straight arrow” who truly loved to push your buttons in any debate only to end it in a hug because it was all in good fun. He was preceded in death by his parents, his son, Sean, and his daughter-in-law, Teri, and is survived by his adoring wife, Yolanda, his sons, Rob and Tim, his sister, Sandy, and brothers, Tom and Jack, all his grandchildren and great-grandchildren and many, many more family and friends. We will all dearly miss our stellar Dan Emerson.