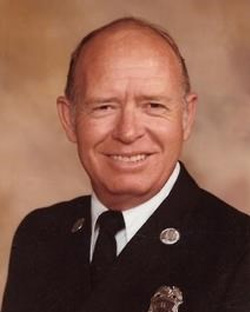 Age 92, passed from this life into eternal life on September 29, 2020. Gerald was born on April 25, 1928 in Lindsay, Nebraska to Theodore and Matilda Ramaekers. The 3rd of 10 children, Gerald was born into a hard-working Catholic family. Pulled out of high school before graduating, Gerald worked on the family farm for several years to support his family. Once he reached the age of 18, he enlisted to serve his country as a United States Marine. Gerald was stationed as a guard at Terminal Island Naval Prison in California when he met Helen Joanne Allen. After only a short while, Gerald and Joanne fell in love. Upon his honorable discharge from the Marines, Gerald returned to Iowa to seek employment in order to marry Joanne. Soon after, on September 2, 1950, Gerald and Joanne were married at St. Matthew’s Catholic Church in Long Beach, California. Together they celebrated 70 wonderful years of marriage before his passing. Gerald and Joanne spent the first 5 months of marriage in Carroll, Iowa until Gerald was called back to the Marines to serve active duty in the Korean War. After 12 months, Gerald returned safely to his wife and first son in southern California. Upon returning to California, Gerald secured employment at the Texaco refinery in Wilmington; however, he often sought supplementary work as his family with Joanne grew. While still working additional jobs, Gerald returned to night school and completed his high school degree. Then, on January 29, 1959 Gerald became a Los Angeles City Firefighter. Gerald worked for the LA fire department for over 30 years, retiring on August 1, 1989. Gerald truly enjoyed his 30 years as a firefighter. Promoted several times during his career, Gerald served as an engineer, captain, drill tower instructor, head of arson, and finally, a captain 2. Gerald leaves behind his wife Joanne, 7 children Larry (Debbie), Tim, Greg (Terry), David (Donna), Jill (Robert), Wayne (Marie) and Elizabeth. Also 18 grandchildren, 14 great-grandchildren (with another on the way). He leaves behind 3 brothers, 2 sisters, 4 sisters-in-law and numerous nieces and nephews. Preceding him in death were his parents Theodore and Matilda, parents-in-law Raleigh and Helen Allen, brothers James and Gregory, sisters Marie and Delores, brothers-in-law Dale Olson and Grover Payne. Gerald was a devout Catholic who spent his retirement years serving his community by volunteering at St. Francis of Rome parish and the Fishes and Loaves soup kitchen, to provide free meals for all members of the community. He was a member of the Knights of Columbus and the Wildomar/Lake Elsinore Elks. He enjoyed activities with his family such as traveling, working on his house, and bowling; but mostly, Gerald loved spending time with Joanne, and his many children, grandchildren, and great grandchildren.