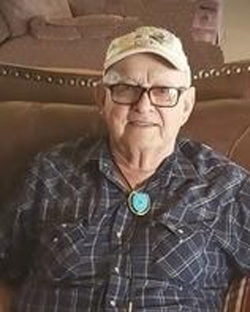 Kansas Boy Gerry Bayless (USAF Veteran) makes good on a wonderful, colorful, almost 91 amazing years of life. He was one of the most friendly and talkative people sharing his stories and reminiscing about the good and bad. He touched the hearts of many.

Born in a small town in Kansas during the Great Depression, Gerry came from a poor hard-working family and at a young age was determined to get ahead in life by being a big thinker and a very hard worker. He had a photographic memory that greatly helped him to succeed. He took on big and small jobs, whatever was necessary while being a frugal saver. He spoke of having nine lives and one of the many was when he got run over by a truck at a young age while riding a bicycle. It did not hold him back from playing sports or working.

Later he married his first wife and had 2 sons and a daughter. He joined the US Air Force during the Korean War handling many important roles for his commanders. After his service, he continued his strong work ethic taking on many jobs to get ahead while helping to support 3 small children. Eventually he would divorce.

Gerry spotted and met his beloved 2nd wife Glenda while attending night school at Cal State Long Beach to become an engineer. She brought a daughter from a previous marriage into the family. Later they would have a baby boy, their only child together.

Gerry eventually received his Engineering degree and would go on to work for the Dupont Company. Having a nose for opportunities, he eventually became a Dupont High Explosive Distributor suppling materials to some very large projects like dams, roads, mines, tunnels, etc throughout California. The stories are amazing and also the characters in this line of work.

Gerry eventually got out of high explosives and kept the Master Dupont (later IMR) Smokeless Powder Distributorship for the Southwest United States supplying gun powder to wholesalers. While taking on this business, he was always looking to improve and get ahead and continued his expertise of rehabbing homes which he had learned from his dad at a young age.

Gerry and his adventurous wife enjoyed traveling, seeing wonders of the world including all 50 states and all the continents except for Antarctica bringing home many treasures from their travels.
He will be forever remembered as a Wonderful Hard Working Man that touched the hearts of many with his persona and fantastic stories, a beloved husband, dad, grandpa and friend.