Written by Night For Vets on October 2, 2020. Posted in Gone But Not Forgotten 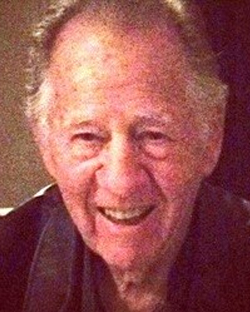 Glen was born in Colorado but spent most of his years in California where he met his wife Jeanne. Glen enlisted and served in the Korean war on the USS Cowpens as a Fireman. He and his wife adopted 3 children and started their family. In 1966 they moved to Pomona, California where they would begin working in Post Acute Care at Towne Avenue Convalescent Hospital and donating his time as the music minister at Pomona Nazarene Church. After serving as the Administrator with the Braswell family business, they became the owners and remained in the business for over 30 years until he retired. Glen served as a board member on Point Loma Nazarene College, participated on the Pomona City Council and served as the Rotary President with the Pomona Rotary Club. After a few years of retirement Glen and Jeanne moved to Tiller, Oregon, they started raising cattle on their property and donating their talents of music the local Post Acute and Assisted Living buildings near by and traveled. Glens last years were spent in Turlock, California at Covenant Village Care Center with his youngest daughter overseeing his care. They were able to spend his last hours together being sung to and hearing about memories and how much he was appreciated for all he did for his family. Glen will be remembered for his kind spirit, for singing to staff and residents at any given time and for being a strong leader personally and professionally.