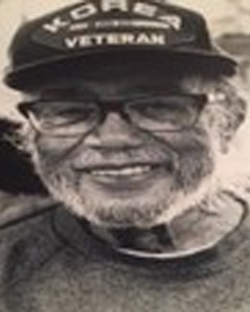 Guy Michel Frazier of Sun City, CA, passed on 3/30/2019. Michel served in the army from 1952 to 1954, and worked as a Los Angeles County Sheriff, retiring in 1979. Michel enjoyed helping others and was an active support to his family during the course of his life, serving in the role of surrogate father, mentor, and advisor to those who knew him.

Michel was preceded in death by his wife of 50 years, Flora Frazier; his parents, Albertine Church Frazier Glover, and George Harold Frazier; his brothers, George Frazier, Richard Church Frazier and Artiman A. Glover; his sister, Doris Elizabeth Frazier Brown; his adopted brother, Clarence E. Lee; and his nephew, Gary Frazier. He is survived by a large and loving family.