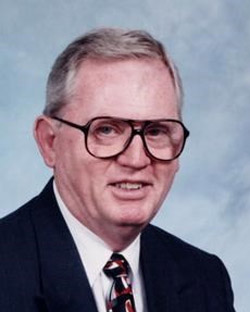 March 14, 1935 – June 25, 2021 Harold Clement Beals, of Riverside, CA, passed away, at home, on June 25, 2021 after a year-long battle with cancer. He was born in Champaign, Illinois, on March 14, 1935, to Harold H. Beals and Blanche J. Cassell. He attended grade school and Jr. High school in Champaign and then left to attend high school at Broadview Academy in La Grange, Illinois. At Broadview, Clem distinguished himself by becoming Sergeant-at-Arms of his class, singing bass in the Choraliers and Glee Club, and as the capable center of the Senior basketball team. In addition, the energetic Clem "demonstrated the ability to get into more mischief than several boys put together" according to friends who knew him best. In 1954, he moved to California to attend what is now La Sierra University but, short of funds, decided to return home at Christmas. He found a good job and later was able to attend college at what is now Andrews University in Southwest Michigan, majoring in Business Administration. In 1957, newly married, Clem again came west to Riverside, California. After securing a job at First American Title Company, he was recognized for his diligence and his success with title searches. A year later, the Selective Service decided he would make an excellent representative of the armed forces of the United States, and so drafted him. He entered the Army on March 31, 1958 and spent the next two years serving his country as a medical specialist (Medic) in the United States and in Korea. He was honorably discharged on March 30 in 1960. After his two-year absence, he returned to his old job at First American Title Company, in part because of laws encouraging businesses to rehire returning veterans. Later, the Riverside County Recorder’s office invited Clem to join them. He eventually became Chief Deputy Recorder. Typically loyal, he stayed with the Recorder’s office over 40 years, retiring in 2003. Near the end of his long tenure he was also instrumental in the building of the County Clerk/Recorder & Registrar of Voters Facility which opened in 1997. Clem was service minded. In 1963, he became a Rotarian with the Arlington Rotary Club in Riverside. He eventually served as their president from 1969 to 1970. He participated in multiple international service projects in both Asia and Africa. Clem also served on the board of the School of Business at La Sierra University. He was a lifelong member of the Seventh-day Adventist church. Clem is survived by Anette Guldhammer-Beals, his wife of 34 years, daughter Michelle Beebe (Nathan) of Dayton, Ohio, granddaughter Karina Beebe (Andr‚) and grandson Jonathan Beebe, granddaughters Taylor and Samantha and numerous nephews and nieces. Clem was preceded in death by his son, Lance, sister Mary, and brothers Grant, Gene, and David. He will be dearly missed by his family and many friends.