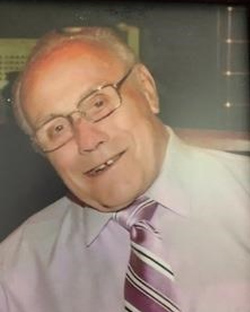 December 14, 1932 – August 18, 2021 Harold Lee Creed, 88, of Highland, Ca., passed away on August 18, 2021 after a lengthy illness. Harold was born to Elgie and Mamie (Darby) Creed on December 14, 1932 in Grand Terrace. After graduation from Colton High School, Harold enlisted in the U.S. Navy. In 1957 Harold and Patricia (Nielson) married and resided in San Bernardino with son Bob. Later that year Harold was hired as a police officer for the city of San Bernardino Police Department until he retired in 1986. After retirement Harold and Patty traveled with family and friends while enjoying camping and fishing until Patty passed away in 2010. Harold married Sylvia Lemmond and their two families blended. Harold and Sylvia traveled by taking several cruises and road trips visiting family and friends. Harold and Sylvia were members of Immanual Baptist Church in Highland where both were active parishioners. Harold is survived by his wife Sylvia, son Bob (Ruth), granddaughters Brianna, Veronica and Alexandra, great grandsons David, Jaxson and Ryder and sister Nadine Lowder. Harold was preceded in death by wife Patty, brothers Edwin and Arnold and sister Maxine.