Written by Night For Vets on April 15, 2019. Posted in Gone But Not Forgotten 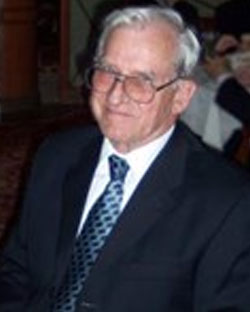 Harold Lester passed away March 28, 2019 due to health complications. He was preceded in death by his father Ira Lester, mother Lillian Warwick, and brother Robert (Bob) Lester. He is survived by his sister Dena Eliason (Earl) of CO and sister-in-law Pat Lester of AZ. Harold is also survived by his wife, Jeannine, of 66 years; daughter Vicky Endres (Dave), Randy Lester-Wilson (Ryan), Paul Lester (Kathy), Leigh Ann Alexander (Jeff), and Howard Lester (Martha). His family also includes grandchildren Jeremy Endres (JoJo), Jarred Endres (Chris), Sean Lester-Wilson, Erin Coffey (Brent), Brian Lester, Kadin Tallon, Rosa Plasencia (Colin), Ana Plasencia (Sam), and Corey Lester (Mayra), and great-grandson Theo. Harold has a host of nieces and nephews (and great nieces and nephews) throughout the United States. Harold was born January 11, 1935 in Rapid City, South Dakota. He lived there until enlisting in the Air Force in 1952. Harold completed basic training at Lackland AFB (TX). Afterwards, he was stationed at these bases: March AFB (CA), Lowry AFB (CO), Ellsworth AFB (SD), Shepherd AFB (TX), Ellsworth AFB (SD), Andersen AFB (Guam), and Griffiss AFB (NY). His last assignment was March AFB (Riverside, CA). He retired from military service in 1973 after serving 20+ years. Harold received a Master’s in Tax Accounting after working in the tax field for several years. He opened “Citrus Belt Tax Service” (in late 1979), which was the pride of his career. The motto of his tax accounting and bookkeeping business was “Service with Integrity.” His daughter Vicky worked with him from 1980 until the time of his passing. Harold was most ‘at home’ meeting with his clients and exchanging stories about their respective families. He was well-respected within the field of tax accounting. Harold was a man of strong moral character. He faithfully provided for his family. Harold and Jeannine were active members of “Lord of Life Lutheran Church.” In the absence of a pastor, he and Cindy Cassem co-led services on Sunday mornings. Harold was fond of certain sweets and sunflower seeds. He was handy with tools and a great mechanic. Playing cards (“Michigan Rummy”) was a favorite past time of his. Harold loved his family, his business, his church, and his country. The legacy he leaves will be engraved on his tombstone: “Man of Integrity.” You are sorely missed, immensely loved, greatly honored, and duly respected!