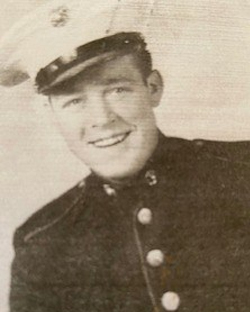 Harold Junior Owen passed away on March 13, 2021 in Yucaipa, Ca. Hal was born on February 14, 1922 in Saginaw, Michigan to Harold and Clara Owen. He was one of four children, Leo, Louise and Doris, all preceded him in death. After graduating from high school, he joined the United States Marines. He served in the South Pacific during World War II and was discharged in 1946. He was preceded in death by his wife of 47 years, Yvonne Owen. He retired from Prudential Insurance Company in 1985. His loving companion of 24 years, Hazel Clark, also preceded him in death. He is survived by his two daughters Bonnie and Deborah, one granddaughter, Jennifer, and two grandsons Alec and Hunter. Hal will be missed by all who knew him and loved him.