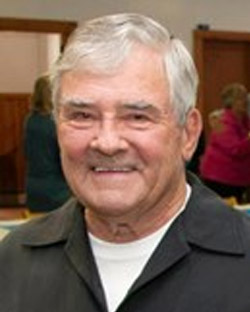 On June 13, 2018, we lost one of the good ones. Harry E. Brown was an interesting, educated, well-traveled, fun-loving man with many who called him friend. He held a Bachelor’s degree in Electrical Engineering, a Master’s degree in Business Administration, and a Juris Doctorate. He was a member of numerous civic organizations to include the Elks and Masons. He had been a school teacher, a LtCol (Green Beret) in the United States Army, ski instructor, combat helicopter pilot, writer and, for 33 years, a practicing attorney in Riverside, CA. Harry also served as a Superior Court Pro-Tem judge.

Brown was active in aviation as an aircraft owner, air show enthusiast and reserve Deputy Sheriff. Since retiring in 2016 and moving to Palm Coast, FL, with his wife, Harry had spent his time traveling, learning to boat on the canals of Florida, and reading every book he could get his hands on.