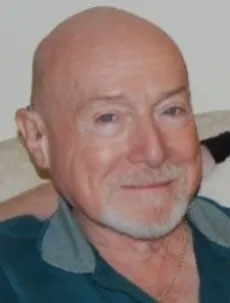 Harvey Curtis Trackman, 94, of Palm Desert, CA. (previous residences in the Chicago suburbs). Beloved husband of 49 years to the late Francyne (Levin) Trackman (2002) and loving husband to Suzanne (Wilson) Trackman for the past 18 years. Loving, cherished and most devoted father to his daughter Lisa Cotini (Dan). Loving grandfather of Michael (Valentina) Cotini and the late Daniel Cotini (2008). Treasured great grandfather to Alex Cotini. Brother to Marshall Trackman. Fondly remembered by Suzanne’s children; Mary, Susan and John. Devoted son of the late Jeanne and Jean Trackman. Harvey graduated from the University of Illinois College of Pharmacy in 1953. That same year he was drafted into the Army and was stationed in San Antonio, TX where he trained doctors, dentists and nurses (Medical Corps) how to become soldiers. While serving his country, Harvey was stationed throughout Europe. While serving in the Army, he became part of a 3-piece band playing piano entertaining fellow soldiers on the weekends. Following the Army, Harvey began work as a pharmacist, eventually owning his own businesses in Joliet and Skokie IL. and then working at Walgreens as a chief Pharmacy Manager for 12 years until retirement. He always had a tremendously dedicated work ethic. He spent 3 terms as president of the Will County Pharmaceutical Association until he voted himself out of office! Upon retirement, Harvey and Francyne moved to the Palm Springs, CA area enjoying dancing, dining and meeting new friends, until his beloved wife passed away. Sometime later, he met Suzanne, the second love of his life. They volunteered at the Palm Springs Air Museum for 11 years. He had full knowledge of every aircraft at the museum and really enjoyed sharing his knowledge with visitors. They also loved going to all the social events in the community where they lived, especially dancing on Saturday nights. Harvey was always willing to help family and friends no matter the situation. Traveling by car across the US was a favorite pastime up until 89 yrs old. He loved visiting family and friends, especially his annual vacation to Illinois to see Lisa and her family. He was positive, upbeat, loved a good joke and he had the greatest laugh. Harvey was an amazing husband, dad and grandfather, who loved and adored his family. A very special thank you to Elizabeth and Edmond, his caregivers for the last 6 months. Also his former caregiver Alycia and the amazing team from Mission Hospice.