Written by Night For Vets on April 30, 2021. Posted in Gone But Not Forgotten 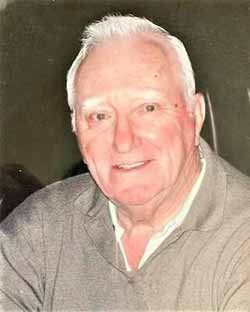 Palm Desert – Henry Babore a long time resident of Palm Desert passed away in his home with family on March 8. He was born July 1, 1923 in Italy. His family immigrated to the United States and settled in Pennsylvania. Henry moved to Los Angeles where he was drafted into military service in January 1943. He was an infantryman and sharp shooter in General George Patton’s 3rd Army. He came through Normandy survived Bastogne, the Battle of the Bulge and was awarded a Purple Heart.

After the war Henry returned to Los Angeles. He worked for RCA for 21 years before retiring in 1986 after which he moved to Palm Desert. He remained independent and active as a member of the Palm Desert Country Club, until his last few months. He enjoyed playing golf, dancing and spending time with family.