Written by Night For Vets on November 11, 2020. Posted in Gone But Not Forgotten 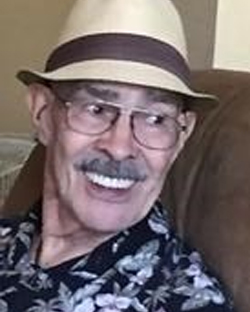 Peacefully, and with the love of his family surrounding him, Henry J. Holthaus, age 89, was received into his Heavenly home on October 14, 2020. Henry was born to the late Joseph and Janina Holthaus and was also preceded in death by his son Kenneth Holthaus, his wife, Alina, his sister, Dolores Schneider, and his grandson, Ryan. He is survived and will be lovingly missed by his daughters, Linda, Joyce, Cheryl, his son, Curtis, his brothers, Alvin, Edwin, Walter, David, and Charlie Holthaus, his sister, Joann Koerkenmeier, their families, the mother of his children, Lydia Holthaus, nieces and nephews, and numerous adoring grandchildren whom loved him endlessly. Henry was a veteran of the United States Army, a member of the National Guard of Tennessee, Knights of Columbus, Valley Gold Prospectors, and American Legion Post 1227 in Beckemeyer, Illinois. Henry worked as an inspector for Kaiser Steel for 25 years, and then taught his children it’s never too late to reinvent yourself. He attended Southern California College of Optometry and owned his own business in Palm Springs. Reinventing himself again, he fulfilled yet another dream and became a cross country semi driver, traveling the 48 states and Canada. He was an incredibly talented artist, creating masterpieces and treasures in woodworking, stained glass, and lapidary jewelry. He also dredged for gold at his claim on the Yuba river. He was a most loving father and a devoted man of God.