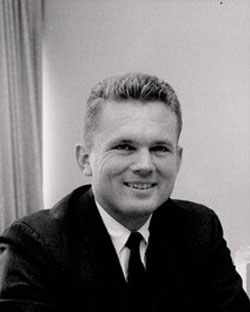 A great good man has left us. Henry D. Hulan, beloved and dedicated husband, father, grandfather, great grandfather, son and brother, as well as friend of many, died peacefully surrounded by family in Waco, Texas, December 23, 2020, at the age of 88. He rejoins his wife of 63 years, Margaret Elizabeth (Freeman) Hulan. Their three children Brian Hulan (Farzaneh), Melinda Hulan Johnson (Mark) and Stephen Hulan survive them. Henry was the proud grandfather of Sara Hulan-Crestani (John), Taylor Johnson, Torey Beth Johnson First (Zach), Zachary Hulan and Wyatt Hulan. He also was the great grandfather of Lillian Mae Crestani, Fiona Margaret Crestani and Henry Christian First. He grew up in Kerens, Texas, where he formed many life-long friendships. He always stayed close with his family–parents Fred Lee and Myrtle Barnett Hulan and sisters Carolyn Hulan Weed (Richard) and Joyce Hulan Lockhart (Obie). Henry attended Texas A&M University, graduating in 1953 with a B.S. in Wildlife Management. While there, he was on the wrestling team, a member of the Corps of Cadets as well as a cornet player in the Fightin’ Texas Aggie Band and Drum and Bugle Corps. He fondly recalls his duty as one of the reveille players who played the wake-up call for fellow cadets. Upon graduation, he served in the Army Airborne as a second lieutenant and paratrooper, once breaking his leg on a jump in Alaska! While being stationed in Ft. Campbell, Kentucky, he had the good fortune to meet Margaret Freeman in Nashville. They married in 1957 in Houston. It was in Houston that he began his professional career with Riker Laboratories in sales and marketing. Henry and Margaret’s first two children, Brian and Melinda, were born there. Stephen, their third child, was born in Griffin, GA. After joining Unitek Corporation in Dallas as Regional Sales Manager, he moved to Upland, CA as Vice President of Sales and Marketing. He was a familiar sight walking his border collies Max and Bandit on Euclid Avenue, and was equally devoted to their many cats over the years, most recently Abner and Buford. After a brief semi-retirement, he began working as a marketing consultant for Lancer Orthodontics and, later, Ormco Corporation. After his official retirement, he returned with Margaret to Texas, this time to Waco, where Henry and Margaret enjoyed his retirement together. Wherever life took him, he made new friends, always stayed in touch with old ones and established, together with Margaret, a warm home for his family.