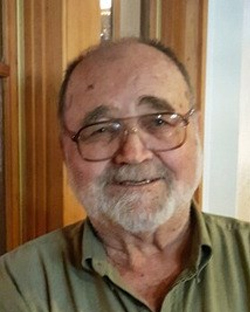 Age 89, passed away on Saturday, August 15, 2020 at his home with his loving family by his side. Howard was born on December 17, 1930, the only son born to Dorothy Mae & Howard Edgar Edge Sr in Preston, Missouri. He came to Redlands, CA as a child & had lived in Redlands 75 plus years having lived in the family home for more than 60 years. Graduated from Redlands High School in 1949. Married the love of his life Genevieve (McKenzie) on June 19, 1950 in Redlands. They were married just shy of 64 years before her passing. Howard was honorably discharged from the USAF in March of 1954. Graduated from Life Bible College in 1960. Howard was a lifetime mechanic & machinist & retired from Ryder Truck Rental in 1989. He was active in his church, community & organizations including many years with the Benchwarmers. A man of strong faith, a kind soul & comforting in his ways. He loved to help people. Howard was a man of honor, honesty, dignity & morals. Howard was preceded by his loving wife, Genevieve. He is survived by his 4 children Karen Starr (David), Butch Edge (Lisa), Larry Edge, Kalynne Marshall (Earl), 8 grandchildren & numerous great grandchildren. Howard will be dearly missed by his family, his friends & all those who were blessed to have known him throughout his lifetime. The void he left will be forever felt.