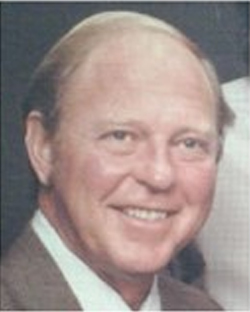 Pete was born in Virginia, his mother died when he was two years old so he spent his childhood living with his older siblings and an aunt and uncle. He joined the Air Force when he was just 17 and spent time in Korea during the Korean conflict. When he returned stateside, he was stationed at George AFB in Victorville. During that time he met and married Edwina Hofmaister. They had two children, Michael, who pre-deceased his father in 1979, and Robin who now lives in San Bernardino. He later married Margaret Wearing, whose son Mark, was adopted by Pete. He was later married to Esther Abreo, whose family dearly loved him. He and Esther were married for 35 years. Pete worked for CALTRANS in the Inland Empire from the sixties until his retirement. Pete was a Christian, husband, father, brother, veteran and friend.