Written by Night For Vets on July 31, 2018. Posted in Gone But Not Forgotten 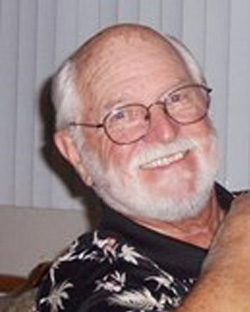 Jack Ray Pierce, of Corona, California, born on June 26, 1931 in Long Beach, California, passed away at age 87 on July 28, 2018. From 1949 to 1953, Jack served in the Coast Guard and he also worked as a general manager at Enterprise Electric/Data Com, Temecula, CA until he retired in 2009. Jack was married to Donna Pierce. He is survived by his daughter, Stacey Pierce-Grissom; son, Vance Pierce; stepsons, William Webster and Jimmy Webster; brother, James Pierce; and grandchildren, Shane Webster, Connor Pierce, Megan Webster, Wyatt Pierce, and Ashley Webster. He also leaves behind his greatly loved dog, Taffy. Jack enjoyed golf. He was a member of Harvest Christian Fellowship Riverside/Eastvale, and he was a board member of Riverside National Cemetery Support Committee.