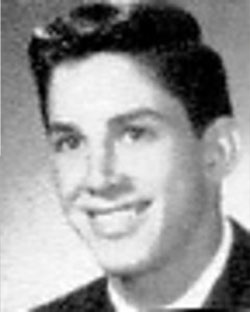 Sept. 2, 1947 – March 17, 2022 With much sorrow we are announcing the passing of Jack C. Smith at 74, at his home in Yucaipa, CA Jack was born in Redlands to Seth and Susan Smith, attended Redlands Schools, and graduated from Redlands High in 1965. Jack enlisted in the U.S. Army in February 1966, received his officer’s commission in April 1967, tranferred to Alaska, then mustered out April 1969. He was so proud to have served his country. Jack joined Edison as a claims adjuster, then transferred back to Redlands as a lineman until he retired in the early 2000s. He was a proud 27-year member of the American Legion, and was also a member of the Loyal Order the Moose. Jack was an avid fisherman, upland game bird hunter and outdoorsman. He enjoyed many fun trips with his friends. Jack is survived by companion and domestic partner of 25 years, Ingrid Forsberg Coopman, his brother Tom Smith of Livingston, Texas and his sister Kathie Bunker Long Beach, CA, two nephews and two nieces and numerous cousins. He was predeceased by his parents, Seth and Susan Smith. Jack is remembered for his great generosity, sense of humor, loyalty to his friends and his many kindnesses.