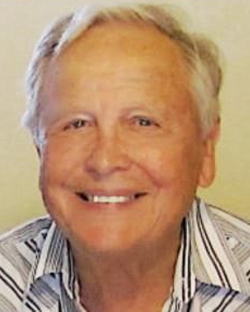 Jack was born to Frank and Martha Starnes in Riverside, California, where his family owned orange groves. When he was 9, he moved to Romoland, California, where his family started a ranch. At age 18 Jack unlisted in the army and served 2 years and was awarded the WWII Victory medal. After his service, he returned home and attended college at Cal Poly Pomona. In 1950, he married Margaret Turner, and together raised two children, Cindy and Bill. He worked for 25 years as a postmaster, first in Romoland, then Sun City, and later as postmaster of Riverside. He was a long time member of Rotary International, the Postmaster’s Association, and the NRA. He retired to Colorado, and later to Cottonwood, Arizona. An avid outdoorsman, Jack enjoyed hunting, fishing, camping, and boating. He was also a dedicated gunsmith. He could design, build, or fix just about anything. Jack was devoted to his family and was preceded in death by his wife of 63 years, Margaret. He is survived by his daughter and son, Cindy and Bill; grandchildren Denim, Calley, William and Annie; great granddaughters Elayna and Lexi; and dear friend Rosalee.