Written by Night For Vets on August 10, 2022. Posted in Gone But Not Forgotten 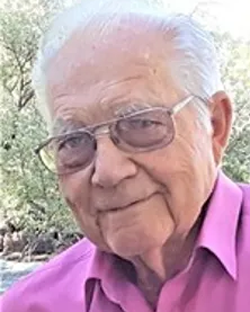 Jack D Trost passed away peacefully at his home on August 1, 2022 at 92. Jack was a 50 year resident of Apple Valley. He is survived by his wife, Gilberte Brewer-Trost; his daughters Shelley Carter (husband David Carter); and Jaclyn Trost, and his son Randall Trost (wife Peggy Hutchinson), four grandchildren, seven great grandchildren and a great great grandson; two step sons and numerous step-grandchildren and step-greatgrandchildren; and his sister, Janet Reed of Lenox, Iowa.

Jack was born on October 22, 1929 in Sharpsburg, Iowa. Jack grew up on the family farm, attended Northwest Missouri State College, and then joined the Air Force in 1951. He had a distinguished 29 year career in the Air Force as a pilot, serving in two wars and retiring as a Lt. Colonel in 1979. Jack spent his retirement years enjoying international travel as well as touring the country in his beloved motorhome.

Services will be held at the Sunset Hills Memorial Park Chapel on August 22 at 9:30 a.m., followed by the graveside ceremony.