Written by Night For Vets on December 7, 2020. Posted in Gone But Not Forgotten 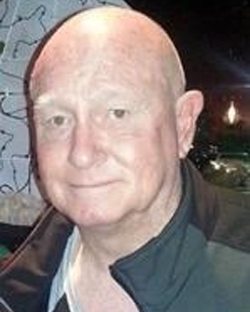 On Veterans Day, Wednesday, November 11, 2020 Jack Wardell Jr., loving father and grandfather passed away peacefully in his sleep at age 77 in Colton, CA. Jack was born on December 3, 1942 in San Diego, CA to Jack and Betty Lee (Pofhal) Wardell. He attended college and majored in Liberal Arts. Jack joined the United States Navy in August 1962 which he said were some of the best years of his life. He was honorably discharged in February 1966. Jack married Diane Elliott, had one son Jack and two step children, Tom and Debbie. Jack worked at Rohr, Inc. an aerospace manufacturing company for over 30 years. Jack retired in 1999 and fulfilled his dream of moving to Arizona where he worked hard improving his property, tending to the wildlife and of course, planting and watching his trees grow. His family was the most important thing in his life. Jack never missed a birthday or an opportunity to spend time with those he loved. He eventually sold his property and returned to California to be closer to his family and was by their side for the last several years. Jack was preceded in death by his father Jack Wardell, his mother Betty Lee (Pofhal, Wardell) Meadville and his brother Sandon Meadville. Jack is survived by his son Jack Wardell III (Amber), his stepson Tom Elliott (Shelley), stepdaughter Debbie Brown, his sister Betty Blackwell (Max), his brother Gordon Meadville (Carolyn) and brother Joe Meadville. He had six grandchildren: Garrett, Samantha, Tiffany, Brittany, Destinee and Michael and two great-grandchildren: Westlyn and Paige.