Written by Night For Vets on June 19, 2020. Posted in Gone But Not Forgotten 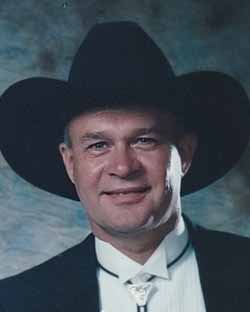 On Thursday, June 11, 2020, Jim (Pat) Anderson, loving husband, father, grandfather and great-grandfather passed away at the age of 71. Jim was born September 4, 1948 in Dallas, Texas to Clyde and Doris Anne Anderson. Jim grew up in Glendora, Ca with his three bothers and one sister. In 1968, he enlisted into the Army and trained at Fort Ord, Ca. Jim was stationed at Camp Zama near the Japanese City of Sagamihara during the Vietnam war. Jim worked as a medic and took x-rays on the injured soldiers from the war. During this time, he also married his first wife, Barbara Wood. Upon returning to the States, Jim received his license in the Radiology sciences and obtained a job at San Antonio Community Hospital in Upland, Ca. Jim and Barbara had two daughters, Julie and Catherine which they raised in Alta Loma, Ca. In 1975 Jim received his Bachelor of Science degree in Biology from Cal Poly Pomona. Throughout his years at SACH, Jim moved from Radiology and become the Marketing Director of the hospital. Jim recruited many of today’s physicians to the staff of SACH and was implemental in setting up their practices. George Kuykendall, retired CEO of SACH stated “All that Jim accomplished was rooted in his character. He was an effective representative of the hospital to all the community and employees and physicians. Jim never had an unkind word for anyone and was universally respected and loved.”Not only was Jim involved with making SACH the best hospital possible in our area, he worked hard to improve the City of Upland. He was involved with businesses in Upland and served on the Upland Chamber of Commerce Board of Directors for 19 years. In 1995, Jim became a Reserve officer for the Upland police department earning the rank of Lieutenant. He was with the department for 19 years and was highly active working both patrol and special assignments. Whenever he worked the downtown festivals, he was unable to walk more than a few feet without someone stopping him to say hello. Jim enjoyed hunting and traveling to Idaho with friends, he was given the nickname “Hawkeye” because of his hunting skills. He was also an avid golfer and long-time member of Red Hill Country Club and served as their membership director. He knew all the members names and always acknowledged them. Jim is survived by his wife, Debbie; daughters, Julie Anderson Canizales (Alex), Catherine Severson (Greg); brother Mike Anderson (Sheri); sister, Peggy Burke; stepchildre, Erin Jensen (Ryan) Megan Pattison, and Mike Pattison. Jim also leaves behind nine grandchildren and one great-grandchild. His family and friends will never forget Jim, he was loving, kind and generous. “Don’t cry because it’s over, smile because it happened” (Dr. Seuss)