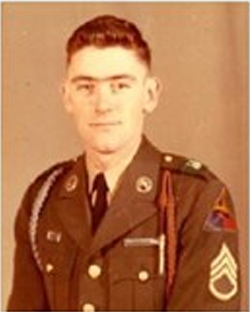 James F. Blake, a longtime resident of Norco, California, died peacefully on March 17, 2019, the day of his father’s birthday. Born in Boston, Massachusetts on December 24, 1934, the son of Patrick and Helen Blake. Following high school Jim joined the U.S. Army where he spent 21 years serving his country; to include a tour in Vietnam where he was awarded the Bronze Star and the Vietnam Cross of Gallantry. He later retired as a First Sergeant on August 1, 1977 at Fort Devens, MA. James and his former wife Maureen moved to Pittsfield, New Hampshire where he pursued a career in law enforcement as the Chief of Police in Pittsfield.

Later he became a Private Investigator, Special Investigations Officer at Hanscom Air Force Base, MA and Vice President/Security Manager of a private security firm based out of Yorba Linda, CA., where he oversaw and managed facilities world-wide until his retirement in 1997. James was a lifetime member of the American Legion and the Sons of the American Legion serving Post 75 in Pittsfield, NH and Post 328 in Norco, CA serving as Commander, Sr. Vice Commander, Adjutant, Finance Officer, and a long standing member of the Executive Committee for the Sons of the American Legion. Beloved companion to the late Dorothy Groupe for 26 years.

Jim is survived by his son James Jr. and his wife Debra; his son Kevin; his son Sean and his wife Stephanie; his granddaughter Breanna; and beloved brother to Gerry. Pre-deceased by brothers Joe and Dick and his sisters Betty, Josephine, Pat, Cele, and Helen. Upon retirement Jim and Dorothy traveled the country for many years visiting National Parks from Montana to Massachusetts. He will be missed a great deal by his many nieces and nephews who loved Uncle Jim and were very fond of him, as well as the many friends he has made throughout his lifetime; especially those at the American Legion Post 328.