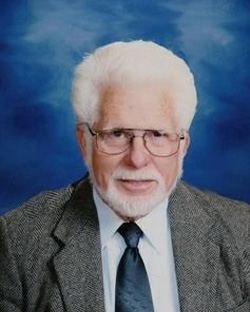 James Floid Boydston, 90, passed away October 17, 2020. He was born in Los Angeles, California on March 31,1930 and graduated from George Washington High School in 1948. He served in the US Air Force from 1951-1955. He worked as a Vocational Instructor in the California Prison System from 1969-1979. He retired from Riverside City Sign Shop in 1999 after 16 years. In his retirement he enjoyed wood carving with the Wood Chuckers carving group and traveling. He had been a member of Wesley United Methodist Church since 1975 where he sang in the choir and served on several committees. On June 11, 1955 he married Jean Talbot who he met at a USO picnic on June 27, 1954 in Phoenix, Arizona. During their marriage they lived in Los Angeles, La Puente, Phoenix, Tehachapi, and Riverside. He is survived by his wife of 65 years, Jean; his daughters Joni and Kathleen; sons Steve and Jeff; eight grandchildren; and six great-grandchildren. He was preceded in death by his parents, Floid and Mildred Boydston; sisters Sylvia and Lillian; and his brother Bob.