Written by Night For Vets on September 4, 2019. Posted in Gone But Not Forgotten 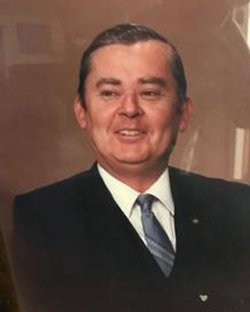 James passed away on August 25, 2019 at the age of 83. He was born in Illinois on January 20, 1936 to Lavergne and Lucille Byrnes. He resided in Princeville Illinois. After high school he attended college until he enlisted in the Air Force. While serving, he met his wife Mary Jane Koenig and together they raised three children James T, Theresa and Susan. They have eight grandchildren and ten great grandchildren. He was thrilled to have a large thriving family. His favorite pastime was catching a Cubs game, watching the Lakers, and loved his Dallas Cowboys. He served 20 years and retired as a MSGT and continued to work for USPS up until his full retirement.