Written by Night For Vets on July 30, 2018. Posted in Gone But Not Forgotten 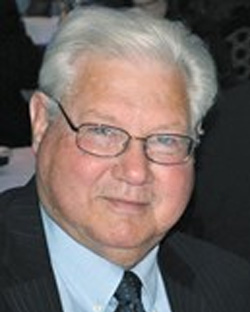 James ‘Jim’ Douglas Childress, Jr. age 75, passed away at his home surrounded by family on July 16, 2018 after a short but intense battle with cancer in Riverside, California; fighting all the way to the end. Born December 18, 1942 in Amarillo, Texas to James and Leo Childress, he attended elementary school in Guam then moved to Oakland before settling in Buena Park, California. He graduated from Buena Park High School in 1961. Jim served proudly in the U.S. Navy until 1967, serving during the Cuban Missile Crisis, as well as in Vietnam. After leaving active duty, Jim attended Cal State Fullerton and graduated with a degree in Business. On June 17, 1967 he married his high school sweetheart, Linda Jo Spadaro, and the two remained steadfastly in love for the past 58 years.

Jim and Linda Childress relocated to Riverside in 1973, where he worked in the field of international sales and marketing until retiring in 2004.

Jim will especially be remembered for his role as doting Papa to the light of his life, the one who truly gave him purpose, his grandson Mark Thomas Ybarra. He devoted the past 14 years to fulfilling his favorite Tour of Duty as Mark’s buddy. He had a passion for traveling to various parts the world and cooking; two treasures he shared with his family. Jim had a contagious laugh, quick wit, spirit of adventure, and a tenaciousness that allowed him to achieve in many diverse endeavors. He taught us all how to swim in the waves of life; so we will continue to paddle when needed, tread lightly often, embrace the currents always, and ride the waves with grace.

He is survived by his wife of 51 years, Linda Childress, daughter Kyley Childress Ybarra, son in law Steven Ybarra, grandson Mark Ybarra, sisters Suzan Hopkins (Hot Springs, Arkansas) and Korla Childress Gullikson (San Diego), and brother in law Greg Gullikson. He also was a cherished friend and neighbor to many. Jim was preceded in death by his parents James and Leo Childress and in-laws Joseph and Margaret Spadaro.