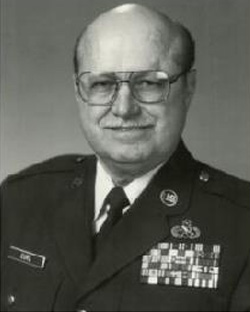 January 18, 1933 – October 29, 2019. James Arlin Curl was born at home in Blount County, Alabama to Annie Evelyn Curl and James Arthur Curl. Raised in and around Birmingham until he joined the United States Air Force at the age of 18, Jim spent 4 years on active duty. Mustering out of the service at March Air Force Base in Riverside, California, Jim decided that he liked the little town of Riverside.

He returned to Alabama long enough to marry his first wife, Peggy, and they immediately relocated to California to begin a new life. Jim started on a new career with the California Air National Guard in Ontario in 1955. He transferred to the Guard’s Fresno base in 1974, from which he retired at the rank of Senior Master Sergeant in 1993. After the death of his second wife, Rosalie, in February 2017, Jim returned to Riverside to be near his older son.

Jim is survived his sister, Mary, of Springville, Alabama; his two sons, Alan of Riverside and David of Trussville, Alabama; and, a step-daughter, Teri Lyn Nicolette of Torrance.