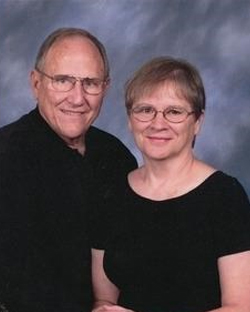 Jim Drew passed away after a long, courageous, thirteen year fight with cancer. He was holding the love of his life’s hand and went peacefully home. Jim was born in Indiana to Thurnia and Daisy Drew on 11/1/1941. After graduating from Poly High School, Jim joined the U.S.Army. He was proud to serve his country and considered it one of his greatest accomplishments. When he returned home, he worked as a groundskeeper for UCR for 20 years. He then worked at Redlands School District until his retirement in 2005. Jim met his wife, Kathy, at a little dance hall called Cowtown. They were married on August 27, 1983 and were together for 37 years. Jim and Kathy raised two children. After he retired he worked part-time at the Grove Community Church. They made many lifelong friendships at The Grove. Jim had a lifelong passion for travel and photography. He shared this passion with Kathy by taking vacations to Europe and a dream adventure to Africa. Jim was known for his humor and faith based obligations to put the needs of others above his own. He made everyone he met laugh. Jim was an inspiration to everyone who loved him. WE LOVE YOU PAPA! Jim is survived by Kathy Drew, Deann Maddox, Darren Madox (Jennifer). Papa to Ryan Deann (Josh & Lauryn Jennifer), Gavin, Mattie, Milo, Abby and Ben. The best brother to Emma Pruitt, Elsie & Carlos Vasquez, Roberta & Bill Thomas, Lloyd & Rosemary Drew, Herb & Jennifer Drew, Barb & Chuck Buffington.