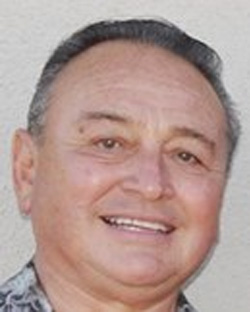 Age 78, passed away peacefully Sunday, July 8, 2018 at his home in Moreno Valley, CA with his family at his side after a short illness. James will be lovingly remembered by his wife Sharon of 55 years; daughters Kathy (Nikki) Gutierrez, Kris Shelley and Karen (Larry) Gutierrez; and grandchildren Brittney (Nick), Ryan and Alyssa. He is also survived by his brothers Vince (Carin) and Albert (Dottie) and Victor (predeceased in 2002).

Mr. Gutierrez and his family moved to Moreno Valley, CA after retiring from the USAF. He worked another 24 years at March Air Reserve Base as the Chief of Vehicle Maintenance until his retirement in January 2005.