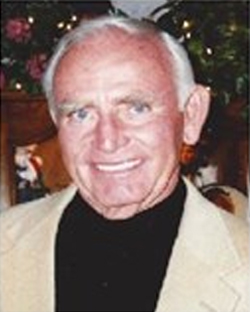 James N. (Jim) Hall was born in Norfolk, Nebraska on October 14, 1935. He went home to meet our Lord on March 22, 2019, surrounded by his family. His death was attributed to cardiac arrest. He is survived by his wife of 54 years, Mary; daughter Shelly Lynn; grandsons, Joseph & Timothy; grand- daughters and sister, Helen Tarvin.

Jim graduated from Corona High School in 1953. He enlisted in the U.S. Air Force in 1954 for 4 yrs. He returned to Corona, where he began his career in soil erosion, with Geo. Schmidt. He later went to work for Smith & Reynolds as Superintendent for 40 yrs. Retiring from Pacific Restoration Group in 2007. Jim was an active member of St. Edwards Catholic Church, Knights of Columbus & the American Legion. He loved, lived, & worked for his family & God’s green earth. He will forever be remembered as “Mary’s Hero”.