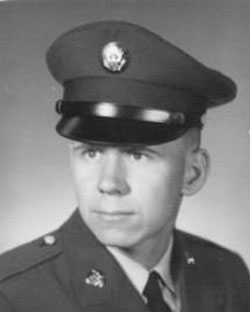 James F. Hunter died Friday morning, March 11. 2022 in hospice care in Alamo, California. Jim was born in Clarksburg, WV, March 5, 1942. In 1952, his family moved west, eventually settling in Santa Monica, CA, where Jim attended school until he graduated from Santa Monica High School in 1960. By that time he had become the Cadet Commanding Officer of the Samohi California Cadet Corps. Although he had been included in a special program to develop more math and science students, Jim’s special aptitude was for languages. Jim joined the U.S. Army in January 1962 and was educated at the Monterey Army Language School in Russian. After he graduated from the Language School, he married Beverly Bird in June, 1963, and together they went to his Army assignment in Germany. Jim was a cryptographer there, and also took part in the Army’s traveling acting troupe to entertain the troops. On his short leaves, he and Beverly visited Holland, Belgium, France, Switzerland, Luxembourg, Italy and Austria. Upon his discharge from the Army in December, 1964, he and Beverly worked many jobs while finishing their college degrees. Sometimes Jim was doing 2 or 3 jobs at the same time. During this period of time their daughter Kirsten was born. Jim received his Bachelor of Arts with a major in Russian in June, 1971, from the University of California at Riverside. The following year he earned his teaching credential from the same University, majoring in Russian with a whole host of teaching minors. Thus, when he taught at Vista High School from 1972 to 1978, he was able to teach different subjects because of all those teaching minors, but mostly English. He was chair of the English Department for three years, and also coordinated the Mentally Gifted Minor Program there. In November 1978, Jim embarked on a new career relating to computers. First managing a computer store, then taking positions which required him, for example, to produce displays at computer conventions, or give speeches to different companies’ employees about how to use various equipment. This required much traveling. He lived at times in New Jersey, Massachusetts, Ohio and Indiana, where he was the Publisher for SAMS Technical Publishing company. But then it was back to teaching, this time at John W. North High School in Riverside, CA. Here, he taught mostly English, but also coached Academic Decathlon and Mock Trial, and announced the school football games. He was a valued member of the faculty from 1992 until he retired in 2006, a year earlier than expected. His surgery for an acoustic neuroma had left him with balance problems. There are many students and colleagues who still remember him with admiration and fondness. Jim’s daughter encouraged him to move north to live closer to her family, so he moved to San Jose, CA in June, 2007. There, he tutored private students until his health made that no longer feasible. He moved to Vallejo, CA in September 2011, and later to Antioch, CA, in December 2015. He still lived there when his many health problems finally caught up with him. Jim is survived by his daughter, Kirsten Hunter Jones, her mother Beverly Bird Hunter, Kirsten’s children Victoria and Devon Jones, his two sisters, Gloria (Ralph) Kennedy and Carol (Stephen) Tokay, two nephews and one niece, and their children. Also, thanks to his friend John Dunn, whose assistance helped Jim to be able to live alone in Antioch.