Written by Night For Vets on November 20, 2020. Posted in Gone But Not Forgotten 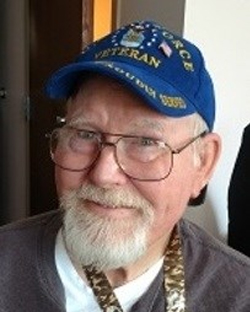 Master Sergeant James K. Johnstone, USAF Retired, age 83, went to be with the Lord on October 28, 2020. He was born February 28, 1937, in Barstow, CA to the late Elmer and Leona (Anderson) Johnstone. Jim served his country in the United States Airforce until he retired, as Master Sergeant, after 23 years. He worked as an audio-visual technician for the Airforce, served in the Korean War and also, two tours of duty in Vietnam. Jim was a Bronze Star recipient. Jim was a member of the Gateway Christian Fellowship in California.

He was preceded in death by his first wife, Elva (Arnold) Johnstone and second wife, Delorse Johnstone; and brother Eugene T. Johnstone.