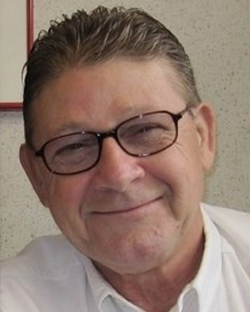 James Edward Jorski (Jim), 77, passed away at his home on May 12, 2022. Jim is survived by Katherine L. Jorski (Kathy), the mother of his three children; his son, Jason Jorski, and his wife Emily; his daughter Jennifer Jorski Ebert, and her husband Bryan; and his daughter, Jessica Jorski. He is also survived by 8 grandchildren and 2 great-grandchildren. Jim was preceded in death by his mother, Robbie Lee Sparks, his stepfather, Cormac Edward Cassidy, and his biological father, Tony Frank Jorski. Jim was born in McLoud, Oklahoma, on September 18, 1944, to Tony Frank Jorski and Robbie Lee Sparks, where he lived until the age of 8. His parents divorced and his mother packed up her and her two boys and moved to Long Beach, California. They relocated to Fontana, California, where he was raised by his mother and stepfather. He attended Fontana High School from 1958 to 1962. Jim played baseball on the Junior Varsity Fontana Steelers baseball team. After graduation, he joined the Army Infantry, attending Boot Camp at Fort Ord. Jim was honorably discharged and went on to attend Cal State University, San Bernardino to earn his Bachelor’s of Science degree in Sociology. After college, Jim began his lifelong career in law enforcement. He worked at Juvenile Hall before continuing on at Verdemont Boys Ranch. After building a career as a Probation Officer working for the San Bernardino County Probation Department, Jim eventually became Supervisor where his job was to oversee multiple units. He retired as Supervisor of the Adult Investigations Unit after working for 30 years in Probation. He was greatly respected and admired by his peers. His interests included history, politics, the military; watching the History Channel, Westerns, war movies, and documentaries. Hobbies included reading, art, and home improvement projects. He enjoyed Oldies music and Classic Rock, his favorite being CCR. Jim was a man who touched many lives. He was a quiet and reserved man, but had a dry sense of humor and sarcasm everyone enjoyed. Loved by many, he will be greatly missed, leaving broken hearts in those left behind.