Written by Night For Vets on July 30, 2019. Posted in Gone But Not Forgotten 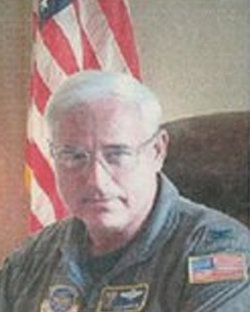 Jim graduated from Concord Carlisle HS,1965. He was a distinguished honor graduate of the University of Massachusetts Reserve Officer Training Corps program in 1969. In 1993, he earned his Master’s Degree in National Security and Decision Making from the United States Naval War College, Newport, RI.

Jim’s military career spanned 4 decades; serving in Vietnam through the Persian Gulf Wars. He joined the United States Air Force Reserve (Full Time) as Air Reserve Technician in 1975 advancing over the course of his career to full Colonel. He piloted the T-37A,T-38A,C-141 A/B/C models, C-5A, and KC-10, amassing over 10,000 hours. He received numerous recognitions, including the Legion of Merit, Vietnam Service Medal, Southwest Asia Service Medal, Afghanistan Campaign Medal, Iraq Campaign Medal, and the Kuwait Liberation Medal. Jim retired in 2005 after more than 35 years of continuous service. He was immediately hired by Boeing as a Pilot Instructor with the Boeing C17A Aircrew Training System Program at March ARB, CA.

Jim enjoyed traveling to the South Pacific, scuba diving, sailing, photography, and chasing freight trains across the country. He took great pleasure in road trips across the country, to the Arctic Circle and back in his truck, and driving his new Corvette, end to end, on Route 66. At home, Jim created a garden sanctuary for many varieties of birds and Bobcats, too.

"James K" was the epitome of an Officer and Gentleman and touched many military and civilian lives.