Written by Night For Vets on June 18, 2021. Posted in Gone But Not Forgotten 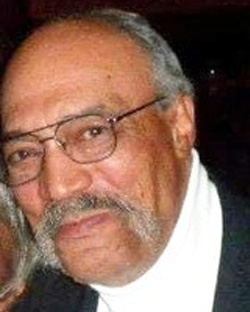 James Linzymiah Kennedy, beloved husband, father, grandfather, great grandfather, and great-great grandfather passed away at the age of 91. James, the oldest of three children, was born on January 24, 1930, in Birmingham, Alabama to Willie James and Addie Louvinia Kennedy. His family migrated to Los Angeles in 1943. After completing high school, joining the Army, and serving as a combat soldier during the Korean War, James moved his family to Riverside and San Bernardino, where he and his wife of 66 years raised their four children. James retired in 1982 as Chief of Security for the California Youth Authority. Thereafter, he joined his wife in managing the family-owned Kennedy’s Barber and Beauty Supply chain. James loved his family and friends. He is survived by three children, five grandchildren, seven great-grandchildren, and two great-great grandchildren. James was loved and respected by many and will be deeply missed.